✻ 3’37” of watching and I feel I’m falling in love with this series. Yet figure skating, well… Apart from Philippe Candeloro in his Aladin outfit, Conan the Barbarian outfit or other tales male figures outfits, I don’t know anything and I don’t want to.

✻ The skating sequence with Yuri and Victor sealed my interest : […]

In conclusion, Yuri!!! On Ice, you got me! You defintely deserve your 3 exclamation points.

This is what I wrote in October 2016, after watching the first episode that seduced me so much. What about it now, since the season is over? Well, read on.

After suffering a crushing defeat during the Grand Prix of Figure Skating Final and other failed showings at other skating competitions, Yuri Katsuki develops mixed feelings about ice skating and puts his career on hiatus, going to college in Detroit and later returning to his hometown of Hasetsu in Kyushu. He visits his childhood friend Yuko at an ice rink known as “Ice Castle Hasetsu” and perfectly mimics an advanced skating routine performed by famous Russian figure skater Victor Nikiforov, who is Yuri’s idol.

When secretly recorded footage of Yuri’s performance is uploaded to the internet, it catches the attention of Victor, who travels to Kyushu and offers to coach Yuri and restart his figure skating career. Together with Victor, Yuri aims to win the ISU Grand Prix of Figure Skating series as he battles against his rival, Yuri Plisetsky, a 15-year-old rising star skater from Russia.

I’m torn between “i don’t have anything to say, it’s so perfect” and “well, if you scratch (with a metallic sponge and some Cif cream), you can find 2-3 things to nitpick over”. And this enough material to do a review that is not limited to 3 words.

What to say? Have you ever watched a piece of work, had the conviction from the first moment that it was going to be marvelous and at the end, concluded it was indeed a gem? Have you ever experienced this feeling of victory at the thought of having guessed right?

As far as I’m concerned, this feeling is all the more intense as I watch this work out of intuition : there were plenty of exclamation points in the title, it sounded like a sport anime, the poster was hypnotizing. Yuri On Ice grabbed me (or rather harpooned me) from the first minutes and I’m delighted to say, 12 episodes later, that it’s undeniably my crush of the year 2016 (*cough* it could have been Joker Game if there weren’t some errors on the way).

I like the narration as well as the way the story unfolds. This first episode says enough, without revealing everything […]. The protagonists introduction is clever […] and makes you want to discover more. I also appreciate the fact that we’re outside the highschool/clubs context : I’ve nothing against it, but it’s nice to see sports anime coming out of this framework.

The rest shows a good balance between antagonistic atmospheres. There’s seriousness, there’s humor. It’s sometimes romantic – without being mushy – sometimes aggressive. These different aspects are revealed as much in the narration as in the technical dimension (colors, music) or simply in the characters personality. I also like the “keep up with the times” side of the story, with a massive use of social media.

I also believe in a good balance between the sport aspect (training, competition, surpassing oneself) and the psychological aspect (doubts, ambitions, reflection, feelings…). Of course, all this remains to be confirmed as the story progresses.

And I confirm, this duality is maintained all along. It’s an advantage that, however, could be linked to the “negative” points : toward the end, things seem to be dragging and rushing at the same time. Sorry, I can’t say more without spoiling. Another “negative” point : on the second half, even music : it becomes redundant, at least for an untrained eye.

For me, a triple axel or a double lutz… All I see is a dude jumping while while spining on himself, I don’t have the time to analyse he made 3 turns, raising his arms or leaning his head… I just catch when he falls on the ground, for the rest I trust what characters say. Oh well, it’s a lack of education regarding this sport, I admit.

Overall, I feel Yuri!!! On Ice can be a pleasant surprise, in line with Chihaya Furu, meaning sports treated with relevance, delicacy and originality. I sign!

This is actually the feeling I had. In addition to the points mentioned above, I would add that technical aspects such as drawings, animation, music, voices, etc., create or complement the beauty of this series.

Powerful and epic, the kind you can’t skip. Yet I draw more quickly than my shadow when it comes to pass over openings, I have a nutty forefinger. There is a Freddie Mercury side in the singer’s voice, moreover the songs has some Queen vibes, for instance We Are The Champions. Well, in a way.

Little word on the gay side that everybody talks about…

After the broadcast of the first episode, there was a ton of comments like “oooooh weeeeeell, I’m out, I don’t watch this stuff, it’s too gay”. In my opinion, it’s a shame… and competely stupid, I won’t lie.

We have effeminate rugby players in All Out! but nobody cares.

We have ladies fight with boobs in Keijo!!!!! but nobody cares.

We have skaters who skate, and now, everybody is outraged? Ooh, probably the skin-tight glittering costumes, that’s why…

More seriously, I do agree there are borderline characters or situations rich in allusions or symbols. But overall, I find the characters rather masculine, even manly. Men femininity, which makes so many people uncomfortable, is an interesting approach in itself, and treated here with finesse. It’s not bizarre, absurd or grotesque. Besides, the series is directed by a woman so this explains that. If it had been done by a man, I’m sure it would have been a piece of crap. Like Keijo…

Little word on the director :

Sayo Yamamoto… BIIIIIIIITCH!!! I love you!… Is what I shouted after doing a little search on her Wikipedia page. Indeed, she participated in a lot of my favorite anime : Samurai Champloo, Arakawa Under The Bridge, Michiko To Hatchin… I’m amazed. Anyway, it smells like portrait post, she gives me no choice.

Once again, I hesitated between a 9.5 and a 10. The half-point is played on the lengthy aspect and monotony evoked in the article. But it’s not boring, first because the series is well put together and also because many aspects come to compensate those flaws. Besides, there’s a clear hint there will be a season 2, we’re not being left with a disappointment or an interrogation. So I prefer to leave the half-point of hesitation in favor of the series. 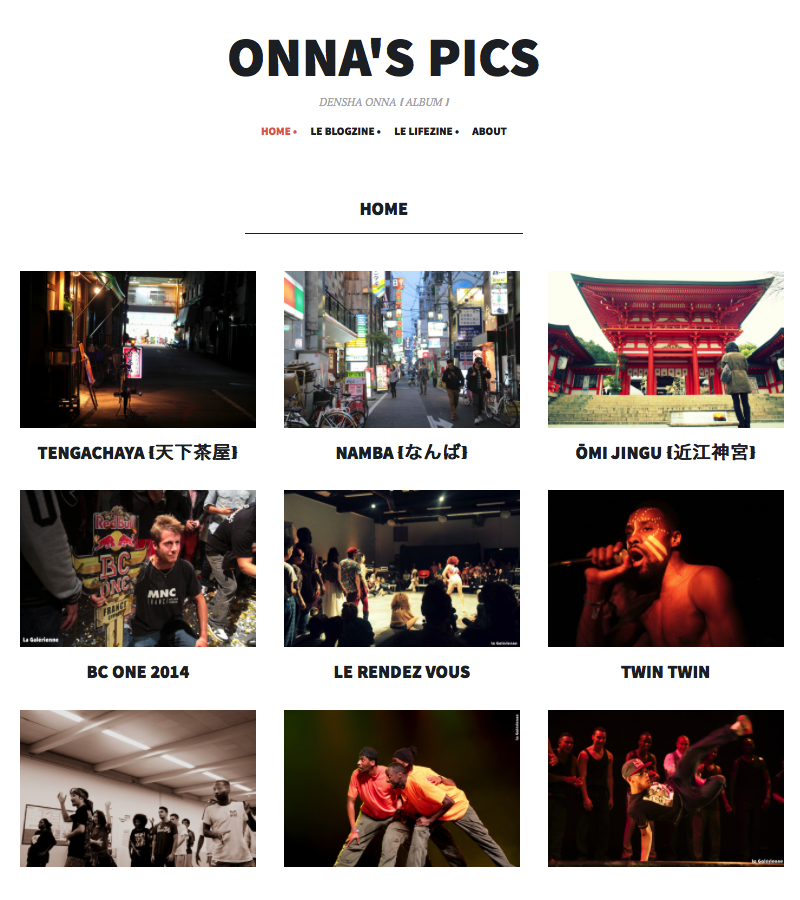